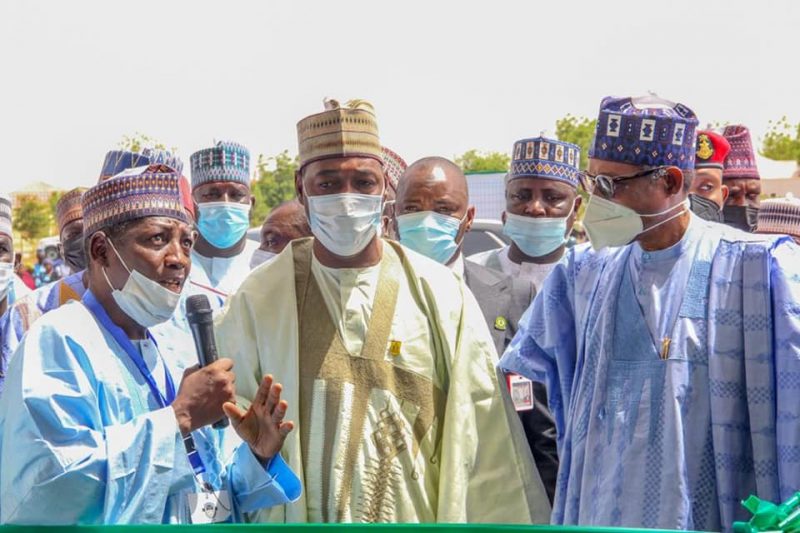 President Muhammadu Buhari could not hide his joy in Maiduguri on Thursday, after commissioning seven out of 556 capital projects delivered by Borno Governor, Professor Babagana Umara Zulum, in just two years in office.

“I am highly impressed by the very dynamic leadership that His Excellency Governor Babagana Umaru Zulum has been providing in Borno State in the last two years. He is very selfless and has been taking a lot of personal risks in order to guarantee the safety and welfare of his people. I wish that every other person who has responsibility for the people at various levels will emulate Governor Zullum, instead of squandering so much time on unhelpful buck-passing and blame games. I have gone round to commission some of the capital projects executed by the Zulum Administration in two years. I am very happy with what I saw”, Buhari said during his remark at a gathering to mark the end of his state visit.

The President singled out a Vocational Training Institute he commissioned at Muna, describing it as “a very dynamic answer to skills acquisition and job creation efforts” with potentials of drastically reducing youths unemployment in Borno to make economy induced recruitment harder for terrorists.

The institute, designed for annual training of 1,500 persons, has 14 workshops for Automobile and Mechatronics, Electrical Installation, Solar Installation, Air Conditioning and Refrigeration, Leather Works, Barbing and Cosmetology, Plumbing and Pipe Fitting, GSM Repairs, Welding and Fabrication, Maisonry and Building, Carpentry and Joinery; Tie and Die, ICT, as well as Tailoring and Fashion design. The institute has six hostels of about 200 rooms, a kitchen and common room, as well as an Auditorium, administrative building, and sporting facilities.

Other projects commissioned by the President include Borno State University, in which the Zulum administration completed the senate building, constructed two large hostels with 150 rooms for 1,200 students; constructed 34 units of duplexes and bungalows for Professors, senior and intermediate staff; constructed seven kilometers of road and drainage network and undertook landscaping works across the University. Major infrastructural works were earlier done by the Kashim Shettima administration, which established the university.The President also commissioned two mega-size Government Day Technical Secondary Schools in Njimtilo and Goni Kachallari and a higher Islamic School, near the Shehu’s palace, all of which have 60 air-conditioned classrooms for at least 2,400 students; vocational workshops, laboratories for sciences and ICT, auditoriums and sporting facilities. Zulum has built 16 of such schools across Borno. Also commissioned were Abbaganaram Maternal Healthcare Centre, which has 50-bed spaces, theatres, diagnostic equipment, blood banks and laboratories. And another replicated in Gwange.The President also commissioned roads and drainages constructed in Jiddari Polo and first phase of 10,000 resettlement houses he had approved for Borno State from which 4,000 have been completed. … Directs Support for Borno University

Meanwhile, President Buhari has directed the Federal Ministry of Health to work with Borno Government in identifying areas through which the FG can support ongoing construction of Borno State University Teaching Hospital through interventions equipment and manpower. The support is to compliment the state government which, in two years, executed 58 capital projects on health, which include establishment of 74 primary healthcare centres, new doctors quarters, and overhaul of eight hospitals.

53 capital projects were executed on Reconstruction Rehabilitation and Resettlement which involve more than 6,000 resettlement houses for IDPs and Refugees in 15 towns.

The lists makes 556, the number of capital projects in Zulum’s two years as Borno’s Governor. 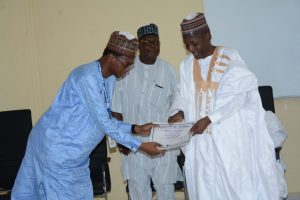 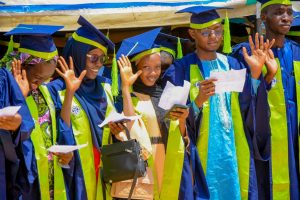